My Husband's Wife by Jane Corry 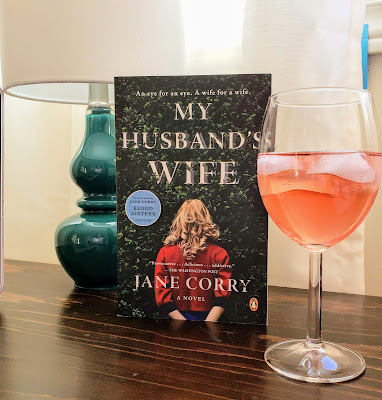 I found this book on the shelf probably last year. It looked interesting, but I didn't grab it because I wasn't feeling this kind of thriller type of story. At the time I think I was pretty deep into YA books so I opted instead to snap up more of those.

Flash forward to a couple months ago. I was looking for a thriller, one that was messed up and weird, that would glue me to the page. I was having a hard time finding something that would interest me.

Side note: H
as anyone else noticed that so many thrillers have to do with missing kids? Why?

Any way, this book stuck with me. When I was looking for a thriller I might really love, I remembered this book and I searched it out.

This book is about a young woman who marries a  normal man, determined to make things work. She's a lawyer and meets another man in prison who she finds herself drawn to. There's also the neighbour child who starts becoming involved in their lives. Everyone has secrets, and when the neighbour child shows up on her doorstep years later all grown up, things start to unravel.

This was a twisted, thrilling story. It wasn't really a full blown thriller, it was more of a slow burning one, but it totally satisfied my craving.

Honestly, I didn't know what to expect, and I wasn't disappointed.

It's definitely a book that sticks with you. Everyone had secrets in this one, everyone doing things that no one would suspect. It was twisted and strange, but it totally sucked me in and I couldn't let go.

I read this one in two days, not really wanting to put it down. I guessed a little bit of what was going to happen, but honestly, I was surprised and it was great.

Recommendation: If you're looking for a good thrilling read, this is it. I think you'll enjoy it as much as I did!
Posted by Pamela Burke at 10:00 AM