Writing Down the Bones by Natalie Goldberg 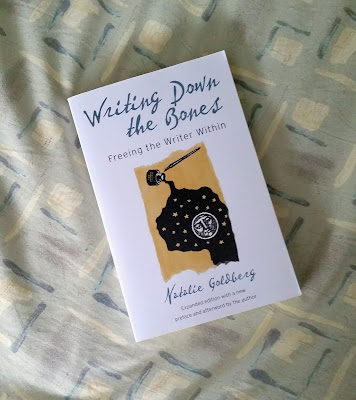 I came across this book in the reference section under writing. Immediately it called out to me. I snapped it up and I am so darn glad I did.

This book is an inspiration to new writers and old writers alike to write. She talks about the how-to's the why and the just do's to get any writers hand moving across that paper (or key board). She writes like she's sitting in a coffee shop across from you tell you stories, but at the same time lifting you up and inspiring you again and again.

I loved this book immensely. It was a great introduction into the writing of this author. She is such a huge inspiration and her words are just so amazing. This book was non stop wisdom. Every page is a new blast of inspiration and advice.

Every writer needs to have this book on their shelves to refer to at any time. There's no question why this book is a best seller.

Her methods are simple but effective. She does go into a little bit of detail with regards to her Zen practices and how they have helped her, along with the lessons they have taught her. I found it really interesting which is why I've also read another one of her books The True Secret of Writing which covers more of that including the writing workshops she's held and the methods she teaches them. Don't worry, the review on that book is coming soon!

I can dive into this book on any page at any time and feel revived and inspired. I am cherishing my copy, that's for sure.

Recommendation: Attention all writers, aspiring writers, and those thinking of writing: You need this book. It's a must. A serious must. Don't question it, just read it!!
Posted by Pamela Burke at 10:52 AM No comments:

The Bell Jar by Sylvia Plath 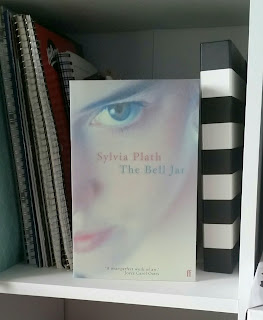 My first knowledge of Sylvia Plath was on a teen show quite a few years ago. The guy was making fun of a girl for being emotional and broody and he referred to The Bell Jar. It's still the first thing I think of when this book comes to mind. This show (possibly the same episode) was also when I learned of Jane Austen and her works.

Since then I have learned that Sylvia Plath was a brilliant writer and poet. I am familiar with her life story, and although it's not the happiest, it's still very important.

The Bell Jar is a classic. Sylvia Plath wrote a tale of a woman's life dealing with depression and mental illness. Some of the events in this book actually mirror her own life and it is said it was semi-autobiographical. She originally published this book under a pseudonym.

This is a haunting tale, but it's an important read. It gives you a look inside the mind of someone dealing with depression. It's really hard to describe this book. It's powerful and emotional and will leave you with mixed feelings.

I would say that I am happy to have read it. I can understand Sylvia Plath and our draw to her like a moth to a flame. She was a beautiful writer, and a beautiful person. Her work was very important and it deserves to be appreciated.

Recommendation: Go look up this author and her work. If you can handle it, then please, read it. It is a classic and deserves to be read. Take it for what it is. I consider it a gem in my collection.

Posted by Pamela Burke at 10:50 AM No comments: 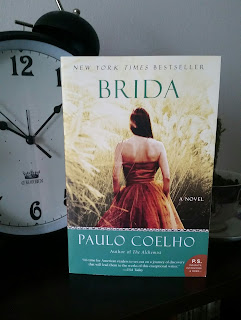 This is the second Paulo Coelho book that I've read.

I've always been interested in magic and stories about it get my attention. This story does touch on magic and such but its not the paranormal read you might think. It talks about spirituality and the search for it.

I really enjoyed this nook. The ending was a bit weird for me. It didn't really sync up in the way that I had hoped it would, but it didn't take too much away from the story for me. I still think its worth the read.

I have hopes to get my hands on every one of his books. There's just so much wisdom in each one that they are definitely worth reading.

Recommendation: I recommend this one, especially for those interested in magic, in soulmates, and in finding yourself. His words are well worth the experience.
Posted by Pamela Burke at 10:46 AM No comments: 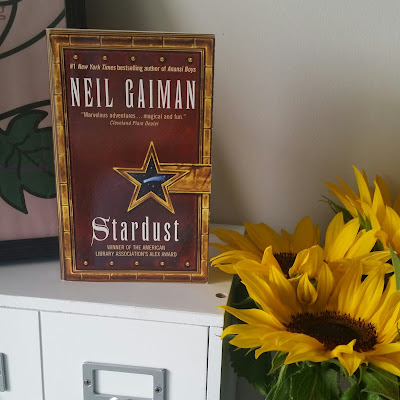 Recommendation: This book is a must read. The movie features wonderful performances (especially from a pirate played by Robert DeNiro) Read the book and watch the movie. You won't regret either.
Posted by Pamela Burke at 4:41 PM No comments:

June Wrap Up and Thoughts on Set TBR's 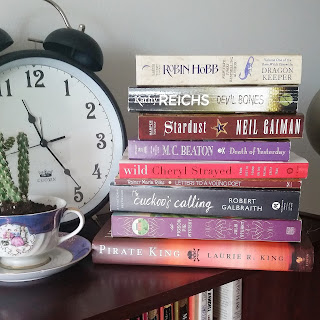 During the month of June I decided to follow set To Be Read list of books. I chose 12 books from different genres and areas of my collection. I picked books by authors I know and love and some I planned to read to expand my literary horizons.

I managed to get through 9 of the 12 books from the chosen pile. I didn't let myself read anything else that wasn't in my pile, (well execpt for a couple ebooks I read on my phone in the middle of the night when I couldn't sleep) even though I picked up a couple pretty awesome novels during the month.

It was a little hard, I'm not going to lie. Two of the books that I didn't get to/finish were quite long and I found it a little hard to keep going at times.

See, a lot of the books I read are quick reads for me. They take me only a couple hours, and many I read in one sitting. When it comes to a longer book (think anything from the Game of Thrones series) I get a little distracted. I don't mean to, but I do. I like things to be easy I guess. It doesn't mean I don't want to read them, because I do, I just tend to put them down often in favour of another read and I pick them up again later.

Well, I burned through a lot of the "easier" reads early on in the month and by the end I wasn't really feeling much like reading them.

That feeling spiralled out, and I didn't end up finishing the book challenge I was so diligently doing for the month. I didn't take photos for my bookstagram at all, really. Not to mention I have about 40 different book tags to do, and I haven't been posting as many reviews as I had planned either.

I've decided I don't like the idea of a set TBR list, so I think from now on I may set myself goals in terms of how many I want to read in a month, and less about which ones that I'm going to read. As well, I should be posting reviews again more regularly.

Posted by Pamela Burke at 3:35 PM No comments: