The Picture of Dorian Grey by Oscar Wilde 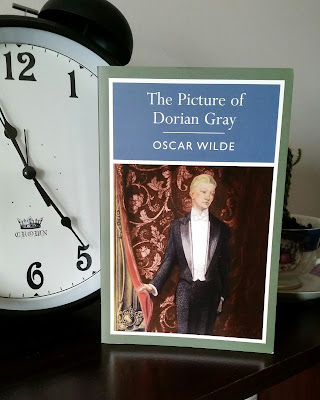 Reading classics used to be a pain only inflicted upon me while in school. I don't know where my huge aversion came from, but I tended to stick to my isle of the library and read only mysteries and the occasional fantasy.

From vague references here and there I learned a bit about the story of Dorian Grey. What really piqued my interest was the movie The League of Extraordinary Gentlemen. The idea that there was a man who didn't age because his portrait did it for him was so neat.

Obviously, the book isn't quite as sinister as the portrayal was in the movie. It had a totally different tone to it, but that wasnt a bad thing. The premise was still the same.

I read this book in about 5 hours I think, in about two sittings. I really enjoyed the imagery and the descriptions in the book. I will say though that I found parts of the book a little unecessary. As if there was too much there but not for the right reasons.

It is a classic. One that I think is meant to be read. I, for one, will be reading it again. Who knows? perhaps my feelings towards parts may change on second reading. It has been quite a while since I've read it. Classic novels are classic for a reason.

Recommendation: Read this as the classic and interesting story that it is.
Posted by Pamela Burke at 10:00 AM