Murder in the Afternoon by Frances Brody 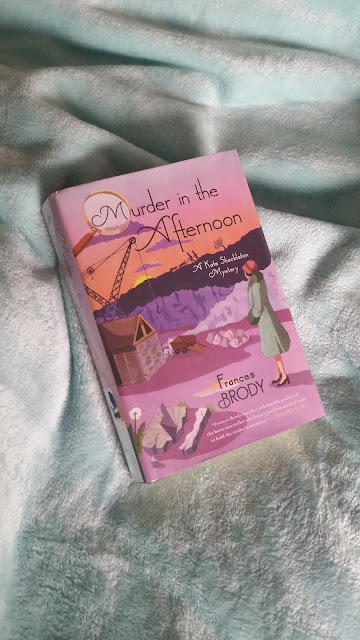 This was a recent library read that I chose purely because the title and the cover caught my eye. I had no prior knowledge of the author either and didn't know till late that it was part of a series following the main character Kate Shackleton who is a private detective.

This one was set in the English countryside shortly after World War 1. It follows the cases of Kate Shackleton and her partner. Kate is the daughter of a higher ranking policeman and she carries on her own cases at her descretion. This story involves a family who's husband goes missing after he was seen dead by the children in a rock quarry. There's of course interesting twists all over the place, including a little bit of insight into the life and past of Kate Shackleton.

Although I read so very many english mysteries set in all time periods, it still felt new and different to me. The story itself I haven't come across in exactly the same manner. There were parts that revealed a lot about the main characters that I am not used to seeing outside of the first in a series which is quite refreshing. I enjoyed the backstories and I would pick up another one if I have a chance to come across it.

Recommendation: Interesting mystery. A little on the lighter Agatha Christie side, but not the same exactly. Give this a try if you love mysteries.
Posted by Pamela Burke at 10:00 AM