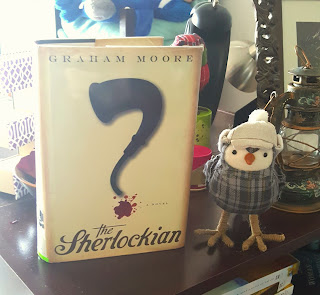 Recommendation: This one is way down on the list for me. I would say it's a miss, but if you enjoy stories about Sherlock Holmes and his wonderful creator Sir Arthur Conan Doyle, then perhaps you may still want to read this.
Posted by Pamela Burke at 10:00 AM