The Jackaby Series by William Ritter 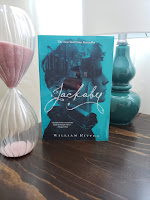 This series was a total cover buy from Book Outlet a while back. I feel like I knew about this series but forgot about it along the way. The covers though, are just so cool.

The series is the Jackaby series, but it's told from the point of view of his new protege Abigail Rook. Abigail Rook is a girl just looking for adventure in 1892. She travels around the world and crosses paths with a man who goes by R. F. Jackaby, completely by accident shortly after she arrives. She's looking for work to fund her new life and he's got a job on offer. 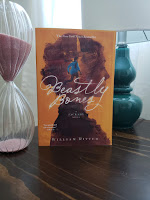 Jackaby is a private detective that solves cases that involve the supernatural. Jackaby is like a cross between Sherlock Holmes and Newt Scamander. There's ghosts, trolls, fairies, shape shifters, and everything else you can imagine. He's as awkward and strange as Sherlock, if Sherlock could see all manners of the supernatural.
This series follows a pattern of events that all coalesce into the fourth novel with the need to stop the mastermind that's been behind what's been going on in the town of New Fiddleham. They cross down into the underworld to help a very dear friend who happens to be a ghost, attend a dig and stop a dragon. All good and wonderful things. Of course,  the culmination is the usual save the world type of mission, but who doesn't love that. 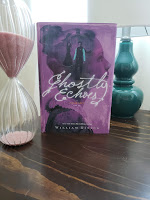 There's a whole big cast of interesting creatures and people who show up and help Jackaby and Abigail stop the danger from getting out of control that appear throughout the series. There's a little bit of romance, a little bit of dealing with a broken heart, and the whole third floor of their building looks like a local park complete with a water feature and a resident duck.

I enjoyed this series. It was easy to read, interesting and kept me coming back for more. It's a young adult series, but it didn't feel like I was reading a young adult book, which I always love. 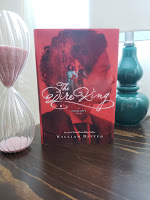 I gave the first three books 4 stars, but I only gave the last one 3. It was the ending. It was a good ending but everything got flipped on it's side and then it just ends. Like it was a good ending, but there's so much more room for more now and it kills me that the series ends here. Well, as far as I know it's done. If it somehow turns out not to be done I will be overjoyed. The author just put a whole bunch of really cool things in motion in the last like 10 pages of the series and then it's just over. I want more! Still good though!

Recommendation: For fans of Sherlock and Fantastic Beasts. If you like supernatural things and mysteries, you'll love these!
Posted by Pamela Burke at 10:39 AM