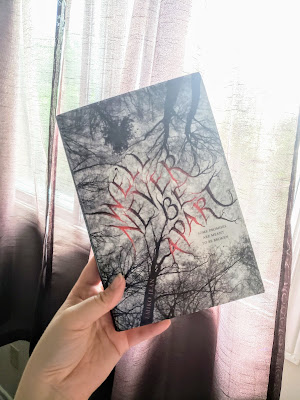 This was a bargain book I grabbed off the teen sale table at the bookstore. It looked creepy and weird, something strange to spice up my writing life.

We'll Never Be Apart is a book about a girl named Alice who is locked away in a mental hospital after a fire that killed her boyfriend. She finds out that her twin sister, the one responsible for the fire, is there too, in another ward. To avenge his death, Alice tries to find her twin, with the help of a boy named Chase. Nothing is really what it seems though.

This was a pretty twisted read. I wasn't fully prepared for how it ended, because although I suspected things, I wasn't totally sure about them. It's definitely a book that keeps you on your toes.

I read this in one sitting, and I found it a fairly easy read. It was compelling and kind of hard to read at times, but I pressed on.

For another couple of days after reading this book I found myself thinking about it, which is always a sign of a good story.

I think when I rated it online I gave it two stars, but perhaps it's more of a three star read. It was so twisted and something that could possibly have happened that it kind of freaks me out, ya know? I think part of it felt like perhaps it was written that way to purposely cause shock and awe, which I didn't love, but still. It's an interesting book, just not my favourite.

Recommendation: If you love freaky, thrilling, and twisted reads than this is for you.
Posted by Pamela Burke at 10:00 AM