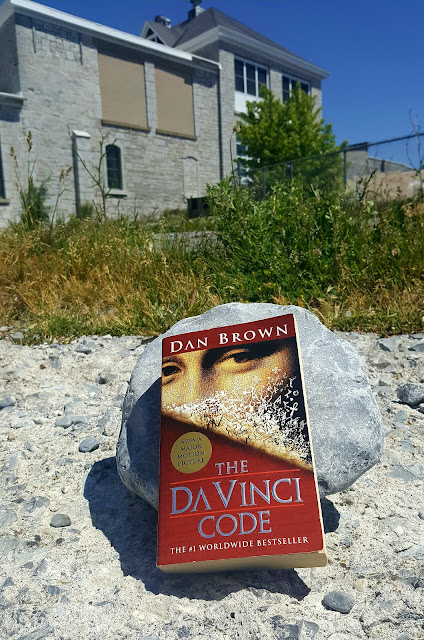 Years ago I watched The Da Vinci Code movie and I enjoyed it. I knew it was a book, but back then I was so involved in reading mysteries that it never really occurred to me to read it.

I found it used at a thrift store a little while ago so I grabbed it up and gave it a go. I read it all in about three hours I think, then I spent the rest of my day off watching the movies (The Da Vinci Code and Angels & Demons).

I liked the story. It was interesting and it kept my attention. The writing was good, and I didn't find myself skimming over pages either. It's an easy read, not too complicated, not too intense.

There was quite a few things that happened in the book that I didn't remember. I found out later it was because it wasn't in the movie. I feel like they passed over some parts in the movie that I would have liked included. I won't go into detail because I don't want to spoil anything and I'm sure most of you have heard of this movie/book before.

I know some people hate this book because of the topic, but if the topic appeals to you, then this is worth the read. I think the book is better than the movie. Hands down. There's so much more going on, and the ending is different, but I liked it better that way.

Recommendation: If you liked the movie, if you're interested in the story, give it a read. The book is better and the writing is good.
Posted by Pamela Burke at 10:00 AM